This guest post was written by UCP’s Programs and Outreach Intern, Matt Golden

“I had visions of making a classic, then [sic] my world turned black,” says the rapper, The Game. While lying on my hospital bed, his lyrics seemed almost strangely prophetic. After traveling halfway across the country to attend George Washington University in pursuit of my education—even more so my independence—having my body fail me at this moment was the beginning of a nightmare. I had to watch as my vision failed, leaving me with nothing but existential darkness enveloping me.

Both my father and my aunt hold special places in my heart. Although my aunt believes in the power of (prayer  and) spirituality, I have been uncomfortable with the idea for as long as I can remember. But, in that rare  moment, I started to pray because, as the saying goes, “There are no atheists in foxholes” (or dying hospital  beds). From that moment on, somewhere on that precipice of life and death, I began to realize as I heard The  Game in my head again, “It’s goin’ [sic] take more than [a weak] heart to hold me back.”

It was 6:00pm back home, when my father received the call. It was someone from the hospital reporting that I  had a cardiac arrest and staff were attempting to revive me. Next, he was told that they needed my medical  records! Finally, he was told that the staff did not expect me to make it through the night, and “advised” him to  take the next available flight to Washington, DC.

My father was up all night to ensure he did not miss his 4:45am flight. Although he was unable to sleep, he was   prepared to see his deceased son. As he boarded the flight, expecting the worst, I started to show signs of survival.

According to my father, he saw his 19-year-old son unconscious, resembling John Lennon post assassination.  The hospital then decided to transfer me to a different one. I was unconscious for approximately three weeks and didn’t get out of my hospital bed until Christmas. In the end, it took me a little while to realize that I am not, and was never, the only one dealing with serious health issues. My challenges, including my cardiac arrest, are challenging to both myself, as well as my father. 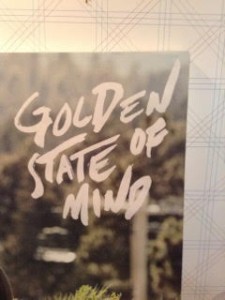 Still having a long way to go, I began to regain an appreciation for my independence, autonomy, and existence. After graduating inpatient rehab back home, I started having problems sleeping while lying down because my heart was too weak to expel excess fluid on its own. As a result, I was put on a low-sodium diet.

After this, I started to question whether life was worth it; if I could be “normal” which, to me, meant being able to consume as much sodium as any other unhealthy, young adults around me. According to the American Heart Association, around 90% of Americans consume more than the suggested 1,500 milligrams of sodium per day. Unfortunately, I was trapped in a situation where I “had to” stick to this daily recommended amount. I can consume more now, but to this day, I am still expected to eat more responsibly than most people my age.

This caused friction between me and my father. We both lived, especially for him with constant fear of me dying. My cardiac arrest, and recovery, brought back the nightmares of my early years, when my family lived on the edge with my life hanging in the balance. I constantly argued with my father about how much sodium I “could” consume. I wanted to prove to my father, doctors, and heart that I could eat whatever I wanted. Moreover, I wanted to prove to myself that I was “normal.”

According to Ola Ojewumi, Director of both Project ASCEND and the Sacred Hearts Children’s Transplant Foundation, “Our disabilities might provide us with challenges, but disability does not mean inability.” So, here is my last thought. My parents believed in me, but not in the idea of me being “disabled.” In their view, I have “challenges,” rather than “disabilities”. because accepting that I’m disabled is subsequently accepting the incorrect opinion that I’m “inabled.”

My father, who loves and wants the absolute best for me, is concerned that  posting this would reflect poorly on my abilities in the eyes of many  employers, who are concerned less with equality, and more with efficiency  and production. Ojewumi challenges employers worldwide to “be willing to  give people with disabilities a fair shot — [we] might surprise you.”

I’m writing this from my first job, here in DC– the dream of many and reality  of a few. At this point in my life, I’ve had almost as many open-heart surgeries as semesters. I’ve worked as  many jobs as I’ve had cardiac arrests. I’ve learned that I have a lot to learn and am constantly building my  maturity, professionalism, acceptance, and ability. And the biggest thing I have learned thus far, in both my life  and during this summer, is that disability does not mean inability.